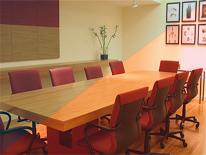 The Public Employee Relations Board responds to all complaints that are filed in accordance with PERB Rules.

1. An initial pleading is properly filed with the Board.  ( A pleading is a formal written statement of a party's claims or defensees to another party's claims in a civil action.  The parties' pleadings in a case define the issues to be adjudicated in the action.)   (See Rule 501) for instructions.

2. The Executive Director processes the initial pleading by reviewing the filing for accuracy and completeness. If filing deficiencies are found, the complainant will have the opportunity to resolve them.  (See Rule 501.13);

3. The opposing parties are notified and allowed to file a response.

4. Following receipt of a response, the Board may determine that based upon the pleadings, a decision can be rendered, which may sustain the initial filing or dismiss the matter.

5. The Board may also order the parties to submit to mandatory mediation of the matter (See Rule 558.4).

7. Voluntary Mediation or settlement of a matter is always encouraged and is offered through the Mediation and Settlement Program.

8. After a review of all pleadings and related submissions to the Board (which may include a hearings examiner’s report and recommendation; briefs or oral argument), a decision and order will be issued to the party representatives.

10. The Board renders all decisions on cases forwarded for disposition. The Board’s decisions are final. Decisions may be appealed to the District of Columbia Superior Court pursuant to DC Official Code Sections 1-617.13(c) and 1-605.2(12). See DC Laws.